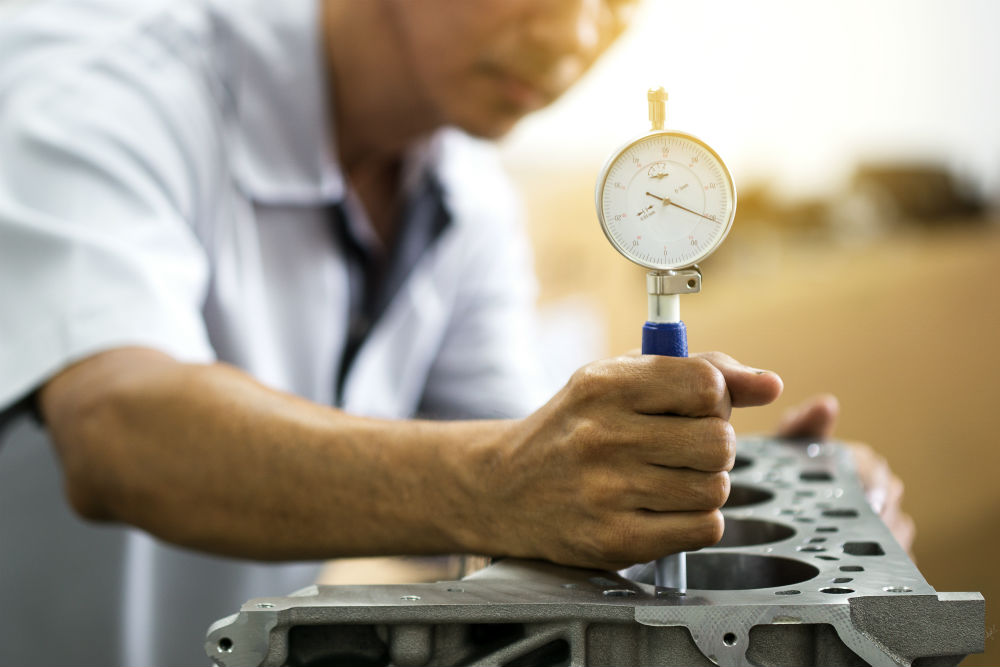 What is a bore gage?

What exactly is a bore gage? Well, we are here to tell you! Most simply, a bore gage is as described by its name, a tool to gauge bores. Bore is the term for any sort of hole, and a gage is used to measure an object, therefore a bore gauge is just a tool used to measure the size of a particular hole. Simple enough, right? While the bore gage is straightforward in concept, there are actually a number of different types of bore gage used for a range of applications.

Small hole gages are similar to telescopic bore gages, but are used a bit differently and are preferable when needing to measure a bore that is small in size. When using a small hole bore gage, the user will insert the gage into the hole, again at a slight angle. However, when using this particular type of bore gage, the user will want to set it at a size slightly smaller than the bore that is being measured. Once inserted into the bore, the knurled knob is adjusted until there is a small amount of pressure against the side of the bore. Then, the small hole bore gage is removed and the measurement is transferred to a micrometer or caliper for a final reading. There are two types of small hole bore gages: full-ball and half-ball. Generally, full-ball gages are easier to set and maintain, while half-ball gages tend to have more spring.

Beam bore gages are utilized when the bore needing to be measured is large in diameter. In order to use a beam bore gage, the beam must be placed at one end of the bore while the other end of the gage is slid along the diameter. While completing this movement, the user should watch the dial indicator. When the dial indicator output stops increasing and begins to decrease, the measurement is complete. For optimal precision, this measurement should be completed three separate times in order to take an average for the final measurement.

The dial bore gage is a more direct tool in order to measure the size of a particular bore. In order to take a measurement of a bore, a knob on the dial bore gage is rotated. The rotation of this knob results in the inward and outward movement of three anvils that protrude symmetrically from the body of the gage. As these anvils are adjusted to match the size of the bore, the information is sent to the dial or micrometer mechanism built into the bore gage, thus producing a final measurement. Bore gages also come in electronic and wireless versions that speed up the process completed by the dial bore gage.

Bore gages are simple, yet intricate little tools that are an important staple for any precision measurement shop. Understanding the different types available and how they work will help you make the best selection for measuring bores.